Joint pain is not one of the first symptoms to come to mind when we think about the menopause.

Hot flushes, night sweats, and mood swings we all know about. But stiff and achy joints? No.

‘We’re far more likely to put these down to something else,’ says Kathy Abernethy, who’s Chair of The British Menopause Society and author of Menopause: The One Stop Guide (published by Profile Books).

‘I meet a lot of patients who have been suffering with joint pain in silence,’ Kathy says. ‘It’s actually a very common symptom of menopause – but one that women are largely ignorant about.’ 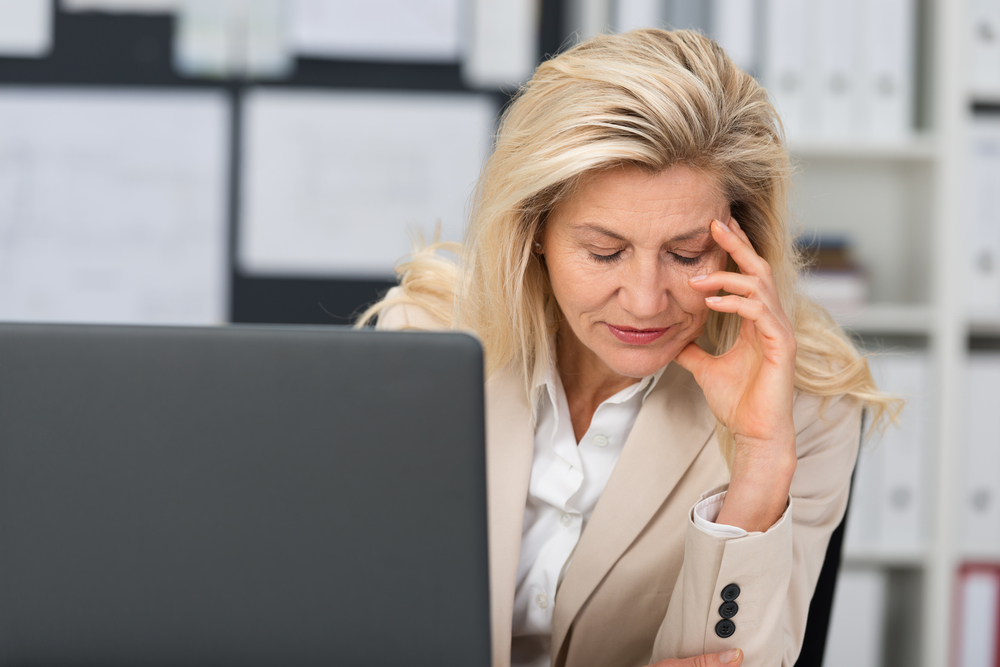 The type of pain we’re talking about is typically experienced first thing in the morning, and tends to improve as the day progresses, says Kathy.

‘The most common joints affected are in the fingers, wrists and shoulders. A lot of women put it down to having had a bad night’s sleep, or just the fact that they’re getting older.’

But although these early morning joint pains may make women feel as if they’re ageing, the fact is that they often start under the age of 50.

‘Joint pain is one of the symptoms that occur in the perimenopausal stage – the lead up to the menopause itself,’ explains Kathy. ‘This is the time in a woman’s life when her oestrogen levels are starting to fall, and it’s the up and down, very volatile nature of hormonal flux at this time that seems to impact on joints (which have previously been protected by stable levels of the hormone).’

Despite our apparent ignorance about menopausal joint pain, a 2011 study in The Journal of Women’s Health found that joint pain and stiffness affects 40% of women around menopause and that it is also the symptom most likely to affect these women’s health related quality of life, and the main reason women may need to take time off from work at this stage of life.

Menopause in a nutshell

The menopause is the name given to the last period a woman ever has – signaling that her egg reserve has been depleted – but it is only with hindsight that she can be sure that this has happened, and a diagnosis of menopause is usually made after twelve months without a period.

‘Symptoms that occur in the perimenopause are often harder to recognise, especially if a woman’s periods are still fairly regular and she is not aware of the hormonal changes going on,’ says Kathy.

How to find out if your joint pains are menopause-linked

Investigations such as blood tests and X-rays might be ordered to rule out other medical causes if there are no obvious menopausal symptoms. ‘The diagnosis of menopausal joint pain is made by process of elimination,’ Kathy explains.

‘But the truth is that most women do not go to their doctor about these aches and pains – in fact only 50% of women go to the doctor about any of their menopausal symptoms.

‘It is usually only when we, as menopause specialists taking their medical history, ask specifically about joint pain that our patients realise they are related. The good news is that joint pains linked to the menopause may eventually go away – they are not a sign of irreversible decline into old age.’

Do menopausal joint pains need to be treated?

Some women only realise their joint pains were menopause-related when they take HRT for other symptoms, and find that their joint pains are also eased by the treatment – although HRT doesn’t always alleviate joint pain, says Kathy.

‘We don’t know the exact cause of menopausal joint pain, but the theory is that low oestrogen levels lead to a decrease in joint protective collagen. It is possible that oestrogen acts in an anti-inflammatory way in the joints,’ says Kathy.

Even without taking HRT to replenish stores of oestrogen (and progesterone), a lot of women see their joint pains improve spontaneously within five years of onset. ‘The effect of menopause on the joints, along with other symptoms, is not usually permanent,’ says Kathy. ‘How long these symptoms last varies enormously, but for 30% of women, joint pains – along with a raft of other menopausal symptoms – can remain a problem up to 10 years after their menopause.’ 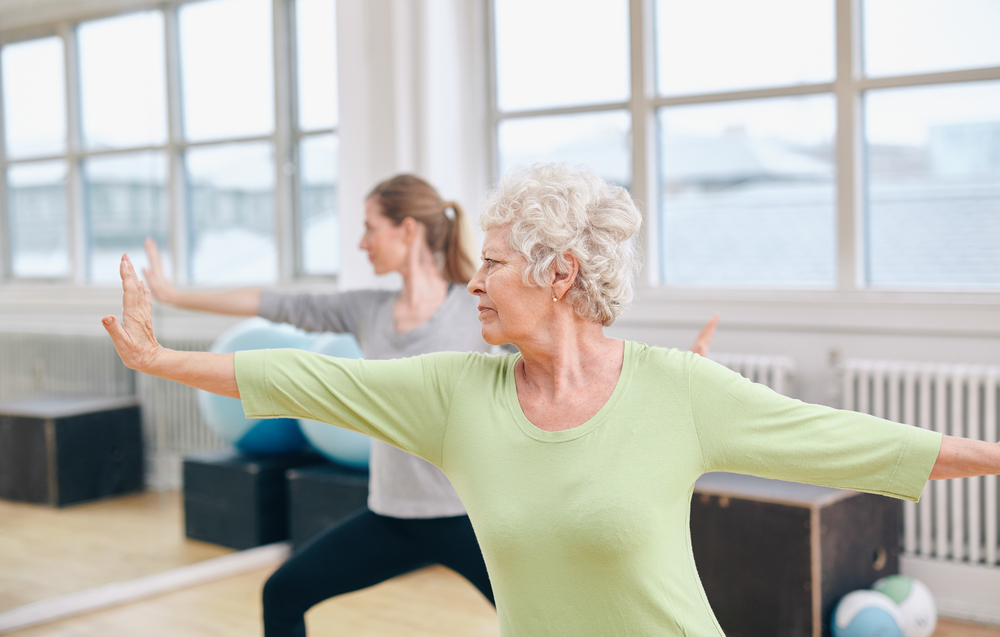 Tips for menopausal aches and stiffness

– Keep an eye on your weight – carrying extra kilos may put a strain on joints. Stick to a balanced diet.

– Try to get adequate rest and sleep.

You could also try Phynova Joint and Muscle Relief Tablets, a traditional herbal medicinal produced used for the relief of: backache, minor sports injuries, rheumatic or muscular pains, and general aches and pains in the muscles and joints based on traditional use only. Click here to find out more.

I’ve suffered from terrible pain in my calves such that walking up and down the aisles in the shops is difficult and I have to stop because of the pain.  After speaking with my doctor and GP I decided to try your tablets to see if they would help, they worked.

I have taken two a day since they became available in this country and I will happily endorse Phynova and would not hesitate to recommend its use. I found improvements in my well-being and am able to get on with my life once more.

After years of taking chondroitin I switched to Phynova just over a month ago. There has been a noticeable improvement in my bad knee that is heading for replacement surgery. Not only that but the whole leg has benefited, this at a time of year when I expect to suffer most. I am so pleased that I spotted a news story about this product

I have suffered for many years with muscular pain in my back and hips. I have been taking these tablets for one month and I can say that after one week I could feel a positive difference in my pain and comfort. What a big difference!

I increasingly suffered joint and muscle pain, to the extent that I found almost all actions painful. I read an article on Phynova and decided that it sounded that it might help. Currently on my 4th order, I found improvement by the end of the second month and that has continued to date!

Worked very well for my knee pain and I was running pain free within a few days. This is definitely a ‘must buy’ product

I’m blessed to get these tablets from Phynova. I have used them for my leg pain which I have been suffering from for literally 19 years. I take these tablets twice a day and trust me I feel so comfortable while walking, jogging and sleeping. It’s my own experience of taking Phynova Joint and Muscle Relief Tablets that I get sleep at night without having any pain.

I’ve been on them for 4 days. I have bad arthritis in my hands and they are working for me but certainly not saying works for everyone.

I can now walk upstairs without using the handrail to pull my myself up and I no longer need to to use analgesics.

I’m open minded about traditional medication so I decided to try these tablets. I wish I’d had them years ago. I have since recommended these tablets to my mother and a family friend who suffer from back and joint pain and they have both said what a difference they have made.

Any cookies that may not be particularly necessary for the website to function and is used specifically to collect user personal data via analytics, ads, other embedded contents are termed as non-necessary cookies. It is mandatory to procure user consent prior to running these cookies on your website.